Many pension plan sponsors are beginning 2021 the same way they began 2020. But let’s not discount the possibility of more high volatility ahead.

Pension plan sponsors disclose financial results on a fiscal-year basis, which in most cases is the end of the calendar year. Choosing one day to measure the position of corporate plans over the course of the year is somewhat arbitrary, in that if not for the financial disclosures, any other day throughout the year might be as appropriate as another. What gets reported is a snapshot at a single point in time, regardless of what has happened in between measurement dates.


What happened in between the start and end of 2020 is actually quite interesting. Had the ending point for the liability calculation been another arbitrary point in time, we’d be reading something entirely different in those financial statements. Let’s have a closer look.


What did liabilities face in 2020?
Pension liabilities move with changes in discount yields, which consist of interest rates and a credit spread. When corporations disclose liabilities in their financial statements, they show the net impact accumulated over the course of a year of changes in those components. It’s common for interest rates and credit spreads to move in opposite directions, and that’s what happens when viewing end-of-year snapshots compared with beginning-of-year snapshots. A generic liability of duration at approximately 12 will have increased around 10% from beginning to end, since interest rates decreased substantially but were offset by a slight widening in credit spreads.


March was especially interesting thanks to the volatility that COVID-19 created. Treasury yields hit their lowest point for the year around March 9, which resulted in a temporary peak in the value of our illustrative liability: 20% higher than at the beginning of the year. Credit spreads then continued to widen rapidly in the following days, peaking on March 20, which resulted in a temporary valley in liability values: 18% lower than at the beginning of the year, nearly a 40% difference between peak and trough. Remarkably the liability value on March 30 was essentially back to the level seen at the beginning of the year. But this wasn’t because everything was back to normal; it just happened to be a point where much lower Treasury rates were offset by much higher credit spreads.


From the end of March until early August, liabilities steadily climbed as Treasury rates remained locked in a narrow range, and credit spreads steadily tightened. The remainder of the year left pension plans with relatively stable liabilities, with slight increases in Treasury yields usually being offset by narrowing credit spreads. In summary, liabilities increased over the course of the year, and there was a period of extreme volatility between the endpoints.

Source: Parametric, 12/31/2020. For illustrative purposes only. Illustrative example does not represent the liability attributes of an actual client of Parametric.

Sources: Parametric, ICE BofA, 12/31/2020. For illustrative purposes only. Not a recommendation to buy or sell any security.

Partnering with pension plans of all sizes

Sources: Parametric, Bloomberg, 12/31/2020. For illustrative purposes only. It is not possible to invest directly in an index.


How should a pension plan have performed over 2020?
The year yielded three key observations for pension performance:

Of course, these three observations don’t tell the whole story. In some ways a December 31 end date is arbitrary. What if the COVID-19 crisis had begun nine months later in the same calendar year? By March 20, liabilities had skyrocketed because AA discount yields bottomed out due to falling interest rates. Discount yields peaked and liabilities fell soon after, but equities and fixed income credit spread exposure would have been horribly impacted. Underhedged spread exposure and overexposure to credit spreads through fixed income credit and equity—a common position among pension plans on a total-plan basis—would have left plan sponsors with damaging funded status outcomes to report.


Thankfully, that didn’t happen, but the possibility leads us to consider where we stand at the beginning of a new year. Once again, sponsors are staring at historically low interest rates and fairly typical credit spreads going into 2021—essentially the same perspective as last year. The COVID-19 crisis would have been difficult to predict, among other things in 2020, and we can’t know for sure what will happen in 2021. But it’s certain that liabilities are more sensitive to market changes than they’ve ever been, and we have to consider why we’re taking the views we might have about interest rates. We also need to think twice about the impact of credit spreads. Most pension plans have a sizable mismatch to interest rates and credit spreads in their investment portfolios.


The bottom line
We don’t know how stable the year 2021 will be. If it turns out to be stable enough, it may not matter too much if pensions have significant interest rate/credit spread mismatches. Even if this isn’t the case, the timing of reporting could leave pension plans in palatable positions. But sponsors should acknowledge the possibility that 2021 will be just as volatile as early 2020. To smooth the ride throughout the year and minimize the possibility of bad timing for measurement, it’s wise to consider interest rate and credit spread exposure on a total-plan basis, with the perspective that LDI is everything—meaning the total-plan outcome is driven by the liabilities’ match or mismatch to the asset portfolio.

What Is the Volatility Risk Premium? 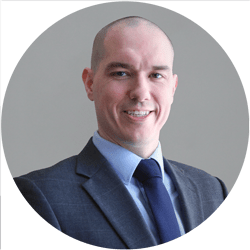 Recent trends tell us that volatility will remain high in the current environment. Find out how investors can use the volatility risk premium during these market conditions.

We began the year in an uncertain market environment, and it’s just as uncertain now. For LDI investors, we continue to see reasons for optimism.

Applying the Impact Perspective to Linear Overlays in Institutional Portfolios

Derivatives like futures and swaps can comprise useful hedging overlays for institutional portfolios—as long as investors understand their purpose correctly.