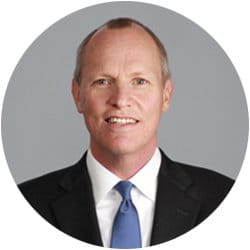 
As we move into the middle of the year, the volatility we saw in early 2022 is continuing. It’s time to take a look at where liability-driven investing (LDI) stands and where we think it’s headed.

In my LDI Outlook blog post earlier this year, I understated that “there’s substantial uncertainty about where we’re headed in 2022.” Inflation, geopolitical turmoil, and market volatility have reigned since then. I referred then to articles by Tom Lee, Evan Rourke, and Bernie Scozzafava. I’ll do that again here, as they’ve recently written informative midyear updates of their own. And guess what? There’s still substantial uncertainty about where we’re headed.


How is market uncertainty changing the pension investment landscape? As always, pension investors should keep their eyes on the ball by focusing on plan sponsor goals and not getting distracted. Furthermore, it’s best to think of how individual strategies impact the plan in total. Before we move forward, let’s see how the pension world has changed in the last six months since that early 2022 blog post.

Funded ratios have continued to climb in 2022
Despite horrendous market returns and increased volatility, pension plans’ funding status and funding ratios have improved (depending on the source) between January—when they were already high compared to recent history—and the end of June. This time it’s not because of high equity returns, however, as those are in the -20% range for the first half of 2022. Instead, it’s because liabilities have fallen as Treasury yields have risen and credit spreads have widened.


The Milliman 100 Pension Funding Index updated for July 2022 shows funded status and funded ratio at the end of 2021 as -38,572 and 97.9%, respectively. Through the end of June 2022, those values have improved to 91,463 and 106.3%. That might seem surprising in a market environment where asset returns for the first half of the year were -11.99%, but that’s what’s happened with the index. This is because liability returns have been even more negative at -18.82%. Both assets and liabilities have fallen fast, but liabilities have fallen faster. There are plenty of plans that had a different experience, however, as the volatile returns and yields impact different plans in different ways.

Source: Milliman, http://www.millman.com/pfi, 6/30/2022. For illustrative purposes only. Past performance is not an indicator of future results. It is not possible to invest directly in an index.


Asset returns have been dismal across markets through June 2022.

Source: Parametric, 6/30/2022. For illustrative purposes only. Past performance is not an indicator of future results. It is not possible to invest directly in an index.

Build the right balance of assets and liabilities

Are we changing our thinking for pension plans?

The same rules for pension plans continue to apply. The end goal is to pay participants what they’ve been promised in the most efficient way for the plan sponsor. High returns, though not unwelcome, aren’t necessarily the goal for a pension plan.


Underfunded plans need to close their funding gap. Riskier asset allocations that hopefully result in higher returns may be appropriate to close the funding gap. We may have gotten used to high returns with little downside costs over the years, and forecasting models may have even understated the level and likelihood of downside risks given recent long periods of solid equity returns. However, so far this year we’ve seen the actual volatility we’re exposed to, which had previously lurked in the shadows of that understatement. Even in a volatile environment, investor convictions around market expectations may influence investment decisions as plans try to further close the funding gap.


Higher returns don’t have to be the only answer for closing a funding gap. Depending on the plan sponsor’s financial circumstances, even in cases of underfunding, it may be wise to avoid surplus volatility. Downside pension outcomes combined with a poor economy can mean bankruptcy for a corporate plan sponsor. Or perhaps a corporation can produce stable earnings over time so the plan sponsor can regularly contribute amounts to chip away at the deficit while avoiding risk. Regardless, if underfunded, it’s best to know what exposures you have on your hands and whether they’re worth taking on.


A well-funded plan needs to look harder to find reasons to take on risk. For example, an open plan still accruing meaningful benefits may wish to maintain a significant allocation to return-seeking assets to generate returns to pay for future benefits. A well-funded frozen corporate plan will find it harder to justify taking on too much risk, as the risk profile for corporate pension plans becomes asymmetrical at higher funded levels. A loss in funding means a plan sponsor that might not have needed to make contributions under a different strategy may have to fight their way back to full funding. Increasing the funded status after a certain point becomes useless to the plan sponsor, because very little of the excess funding, which becomes trapped capital, can make its way back to them once benefits have settled. Eliminating interest rate risk with an appropriately high hedge ratio could make sense in this case.


In an uncertain market environment, all these issues become magnified. In the first half of the year, assets and liabilities have moved down close to 20%. Many plans have been lucky in that volatility has actually resulted in a net improved funded status. It could have easily gone the other direction, and it could easily still go downhill given inflation, interest rate policy, further geopolitical turmoil, and the possibility of a recession. A well-funded plan should take steps to ensure they’re protected from markets or can move to a protected position on short notice.


We began the year in an uncertain market environment, and it’s just as uncertain now. Yields did indeed rise, and return-seeking assets have indeed struggled. Investors could have bet one way or another and had meaningful outcomes. An underhedged plan benefitted from a significantly rising yield curve. A plan with a lower allocation to return-seeking assets was not hurt as much by negative equity returns. With uncertain markets, plenty of bets can still be placed.


Many plans’ funded status has improved despite markets, but this didn’t have to be the case. Is it worth the risk to a well-funded plan to make a bet in volatile markets?  Strong convictions may be worth following, but if an investor in a strong funding position has none, eliminating risk where possible in a volatile world is sensible.


Funded status for many plans is now even better than at the beginning of the year. It has been decades since plans have been in a stronger position to offset risks. Plans should take advantage of their strong positions by eliminating risk or at least having everything in place to de-risk quickly, even if they aren’t ready quite to fully de-risk yet, by shifting toward proper levels of interest rate exposure through corporate bonds, Treasury bonds (including STRIPS), and derivative overlays.

Explore what 2022 might hold in store for pensions and their sponsors.

Why Has My Pension Funding Improved (and Why Hasn’t It Done Better)?

How can corporate pension plans make the most of the strong start to 2021? There are three key factors to consider.

Some institutional investors may think surplus volatility and funded ratio volatility are the same thing. We take a deeper dive.

This Material Is Intended for
Institutional Investors Only

The information on this area of the Parametric Portfolio Associates® LLC (“Parametric”) website is intended for qualified institutional investors and their consultants. This information is not intended for accredited investors in any jurisdiction outside the United States in which the distribution or sale of Parametric investment services is not authorized.

It is published for informational purposes only and does not purport to address the financial objectives, situation, or specific needs of any investor. If you do not qualify, the information shown on this site (which may include information about our investment strategies and products, market commentary, and composite performance) may not be relevant or appropriate for you. Certain solutions discussed in these materials will be subject to minimum investment amounts and other restrictions that apply. There can be no assurance that any investment product or strategy will achieve its investment objectives or that there will be any return of capital. Performance may be volatile, and investors could lose all or a substantial portion of their investment.

I acknowledge that I am a qualified investor and that I have read, understand, and agree to the above conditions.