Concentration Risk: Will You Know It When You See It? 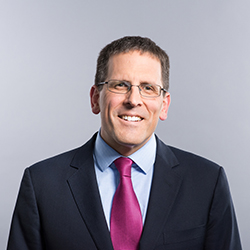 
Market-cap-weighted benchmarks are supposed to provide an unbiased view of the investable universe for a given asset class.

However, in the pursuit of providing a full picture of the opportunity set, these indexes rarely concern themselves with whether the resulting portfolio bestows too much weight on a given country, sector, or even individual security. For many passive investors who seek to track a benchmark index, this concentration risk could expose them to unintended consequences if that country, sector, or individual security underperforms.


There is, to be fair, a counterargument to this concern. It roughly says that market efficiency makes the benchmark portfolio the best market exposure, regardless of the unintended concentration. That is, absent any insights, concentrations that exist in the marketplace should be mimicked in passive investors’ holdings.


Yet there are a number of historical cases when the concentration in market indexes became too much for the investment community to stomach and, recognizing that the concentration risk trumped market efficiency, benchmark indexes took actions to constrain these concentrations. Let’s look at three such situations.


The canonical example of concentrations building up in a benchmark was the growth of Japan in the MSCI EAFE Index of developed international equities during the 1980s. The rapid growth of the Japanese economy and its seeming dominance in the technology and auto industries saw its weight in the index shoot up from roughly 10% to over 60%.


Concerns around Japan’s concentration in the index started in the mid-’80s when its weight crossed the 40% level. Institutional investors grew alarmed about the resulting massive bet on Japan in their portfolios. As this weight increased, many moved to contain the concentration by transitioning to EAFE ex-Japan mandates blended with all-Japan portfolios or by capping the weight to Japan in their reporting benchmarks.

These worries were ultimately validated when Japan’s equity market went into a long decline starting in the late ’80s and continuing for nearly three decades. Today, Japan’s weight has dwindled to 25% of the index, and accordingly many of these countermeasures have long been removed. However, this episode shows that, at a certain level, tolerance to concentrations in a passive portfolio is ultimately resolved in favor of diversification.


Nortel’s concentration risk in the TSE 300
During the dot-com boom, the Canadian telecommunications firm Nortel Networks skyrocketed in value as speculators saw great value in this producer of networking hardware, similar to US counterparts Cisco, Lucent, and JDS Uniphase. Being the only such company listed in Canada, Nortel started accounting for a higher and higher percentage of the Toronto Stock Exchange 300 Index, a market-cap-weighted benchmark of the top 300 stocks listed on the TSE and the predecessor to the S&P/TSX Composite Index. By the summer of 2000, this single stock accounted for nearly a third of the index and was causing issues for money managers.

Similar to the ’40 Act restrictions in the US, Canadian mutual funds can hold no more than 10% in any one security. This forced many active managers to hold an underweight to Nortel, which had negative implications for relative performance. In reaction, Fidelity Investments and others switched their reporting benchmark to the TSE 300 Capped Index, which capped single-stock positions to 10%. Active managers were essentially saying the TSE 300 was no longer an investable index.

These concerns proved justified in the following two years as Nortel’s price plummeted from C$124.00 to C$0.47, due to the collapse of the internet bubble paired with accounting scandals at Nortel that forced the company to restate its earnings—and ultimately led to its declaring bankruptcy in 2009. As a consequence, the use of capped indexes was abandoned relatively quickly in the Canadian market. 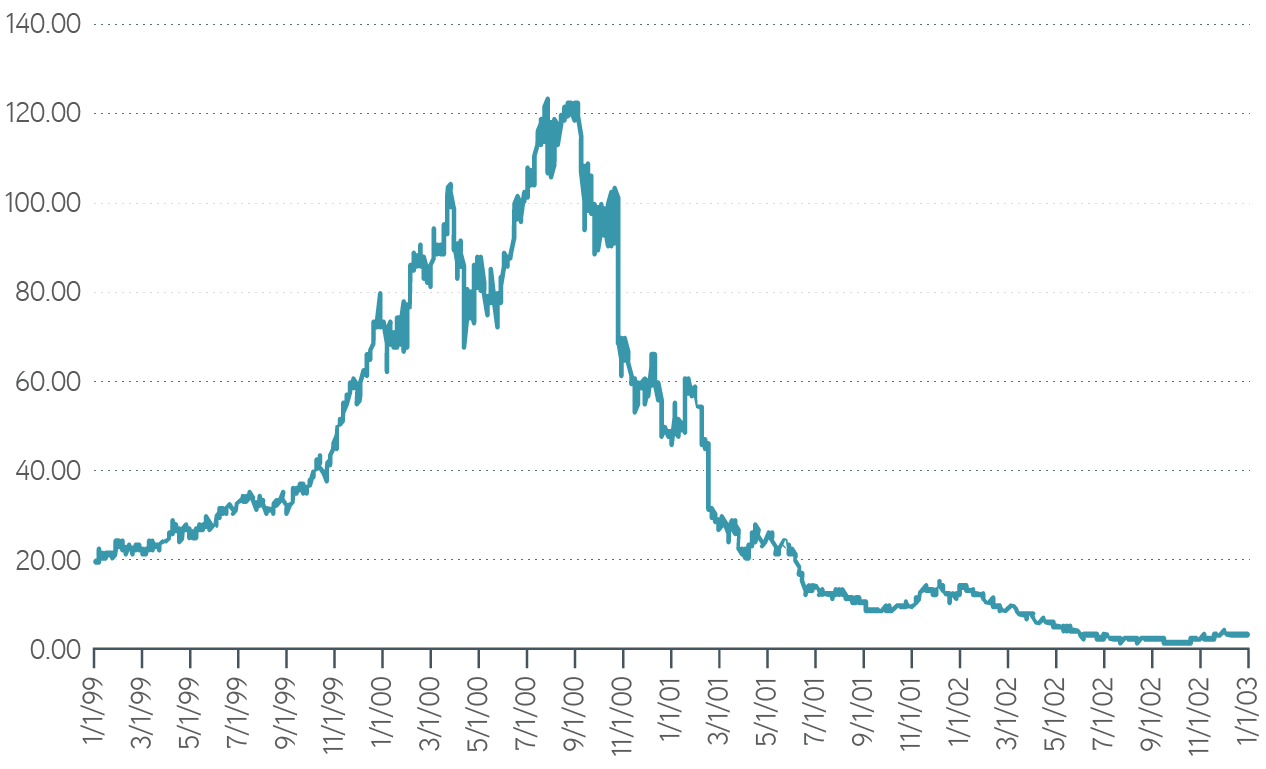 Sources: Parametric, FactSet. For illustrative purposes only. Not a recommendation to buy or sell any security.


Similar to the prior example of Japan in the MSCI EAFE Index, at a certain level investors reacted very quickly against having such a large concentration in their benchmark, despite its being an unbiased “slice of the market.”


Not all concentration issues have occurred in equity indexes. In May 2005, bonds from General Motors and Ford were downgraded from investment grade to junk status. Both companies represented large swaths of the fixed income market, due not only to their auto operations but also their sizable financing arms and their relatively stable earnings history. Because of this, their addition to high-yield indexes was particularly notable, given the relatively modest size of most high-yield issuers.

At the time of the downgrade, the two companies represented 11.8% of the Bloomberg Barclays US High Yield Index. Due to a loud outcry by high-yield investors about the extreme level of specific risk introduced by this downgrade, index providers reacted by creating new indexes that limited any single issuer to a 2% weight (for example, the Bloomberg Barclays US High Yield 2% Issuer Constrained Index), and these quickly became the default performance benchmarks for many high-yield managers. Despite the graduation of both automakers back to investment-grade status, this constrained benchmark remains the default index for most high-yield strategies.


Current benchmark concentrations
The issue of concentration risk isn’t just something for the history books. Current concentrations in several mainstream indexes aren’t trivial, as the table below shows.

Sources: MSCI, S&P®, 5/31/2019. For illustrative purposes only. Not a recommendation to buy or sell any security. It is not possible to invest directly in an index.


The bottom line
Investors tend to argue that a market-cap-weighted universe is the preferred market exposure vehicle, given its unbiased nature and buy-and-hold simplicity, and that any concentrations that result are “just the market.” Yet as we’ve seen, history gives us a number of examples of investors taking corrective measures once the degree of concentration got to be too high. What signifies “too high” is a matter of interpretation, but the concerns expressed around these events are strikingly similar—worries about the reliance on a single country, company, or sector for performance and that the market portfolio no longer provides a sensible market exposure.

While it’s up to individual investors to determine at what level they see concentration, these reasons for avoiding concentration seem to be shared by all, and there’s ample evidence that investors can generate long-term outperformance by holding a more diversified exposure at the country, sector, and security level.

Emerging Market Equities: The Two False Narratives of the 2010s

The US equity income market could be in for a wild ride in 2020. Learn how exposure diversification may help your portfolio weather the coming storm.

Are you thinking about hedging currency exposures in your emerging market equity portfolio? It may not be worth the time or expense.

Next year Saudi Arabia will graduate to the MSCI Emerging Markets Index, skipping the Frontier Markets Index entirely. It’s surprising, but it’s not the only surprising thing about the desert kingdom’s markets.

China and the MSCI Emerging Markets Index: A Distinction Without a Difference?

As MSCI includes more China A-shares in its emerging markets index, a look at why some investors may not be getting the truly broad exposure they seek.

Emerging market companies have different standards for ESG issues. What does this mean for investing in emerging markets if you’re a responsible investor?