What Investors Can Do About Human Trafficking


January was National Slavery and Human Trafficking Prevention Month. It’s probably fair to say most people had no idea about, much less observed, a month dedicated to eradicating one of the world’s most shocking crimes.

But if January came and went without much extra attention paid to this issue, February certainly brought it into sharp relief: The uncovering of a human trafficking ring in Florida—a police sting that resulted in charges filed against a number of prominent individuals—was hard to ignore.


Also hard to ignore are the wider statistics. According to a 2017 report from the International Labor Organization and the Walk Free Foundation, an estimated 40 million people worldwide are victims of modern slavery, 25 million of whom are being exploited for labor purposes, largely in the construction, manufacturing, agriculture, and fishing industries.


The more statistics you read, the more you despair. Is there anything we as investors can do to help? The answer is yes. But first let’s clarify what we mean by human trafficking.

What is human trafficking?


The United Nations Office on Drugs and Crime defines human trafficking as recruitment by threat, use of force, or other forms of coercion and deception for the purpose of exploitation. For example, imagine someone who’s lured to another country with the promise of a job that pays well. Once they arrive, however, their employer confiscates their passport and forces them to do grueling work in a factory for little or no pay, threatening them or their family if they refuse.


In other words, human trafficking is modern-day slavery. It can occur even when people aren’t transported across borders, and it’s found in every country in the world. Although it can take many forms—from forced prostitution to forced conscription of child soldiers—forced labor is the most common. It’s also the form most relevant to investors’ holdings in public companies.


Although no publicly traded companies intentionally support human trafficking, they can become unintentionally complicit in it by inadequately overseeing their supply chains. To combat this, companies must remain vigilant with regard to their suppliers’ hiring policies and practices to avoid and discourage these conditions in the workplace. Organizations like Know the Chain and the Corporate Human Rights Benchmark provide publicly available assessments of companies in sectors that tend to be most at risk for these issues. 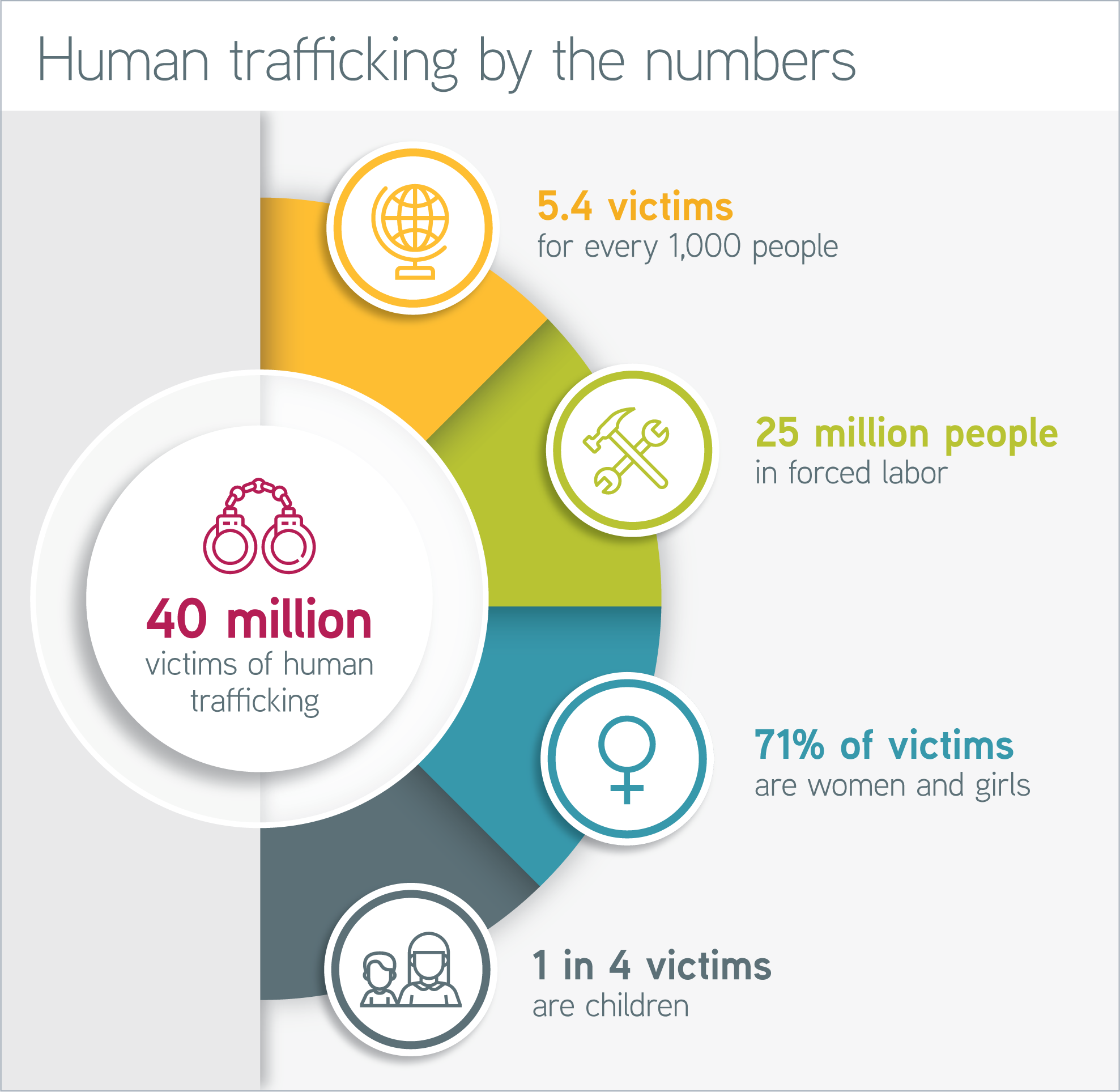 What can investors do about human trafficking?
Investors can help fight human trafficking by considering how they vote on or engage with the companies in their portfolio. For US companies, voting opportunities typically occur in the form of shareholder proposals. In 2018, for example, a proposal at Motorola requested that the company ensure its supply chain was free of forced labor, and a proposal at Monster asked the beverage maker to reexamine the risk of modern-day slavery in its sugarcane supply chain.


According to the Sustainable Investments Institute, shareholder proposals related to human rights are up in 2019, with 44 overall compared with 31 at this time last year. Of these, six are supply-chain related. Not all will appear on the final ballot for a vote—proposals may be withdrawn when companies respond favorably. But investors can be mindful of how they vote on those that do.


Of course, investors who want to influence companies that are falling short of expectations must continue to own them to do so. But what if a company seems impervious to change or an investor doesn’t have the patience to see the change through? In this case a human-trafficking screen that ensures investment only in the better actors may be appropriate.

The bottom line
While human trafficking isn’t something investors can solve completely on their own, they can play an important role by encouraging the companies they invest in to do better—and holding them to account when they don’t.