Municipal Credit Outlook: Which Sectors Will Outlast the Economic Downturn? 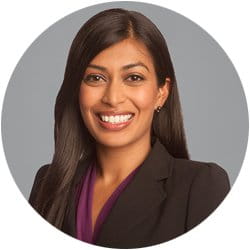 
As credit downgrades and municipal bond default risk increases amid a recession, we explore the resiliency of a few key market sectors.

The municipal market has recovered from the significant losses it sustained earlier in the year. Through August 11, the Bloomberg Barclays Muni Index has returned 4.3%, year to date (YTD), and the Bloomberg Barclays High Yield Index recovered the year’s losses with a positive performance of 0.92%. These returns have been driven by strong technical factors of supply and demand instead of improvement in municipal credit. According to Lipper, municipal funds have experienced strong inflows of roughly $27.7 billion over the past 12 consecutive weeks, bringing the YTD flows to $6 billion.


The pressure on municipal issuers shows up in the form of escalating defaults thus far in 2020. According to Money Marketing Accounts, there have been 47 unique defaults on a YTD basis, which is a 34% increase from the 35 defaults at this time last year. Additionally, most of the defaults have been from nonrated or below-investment-grade credits. Further, the defaults have been concentrated in the traditional high-yield sectors of the market, with 44% of defaults coming from the retirement living sector, 12% from project finance deals, 12% from secured land, and 6% from charter schools and student housing.


Let’s look at how the economic and credit crisis is impacting the bond market.


States entered this recession from a position of strength. Revenue for state liquidity reserves reached an all-time high of 8.2% during the 2019 fiscal year, which was up from just 1.6% in 2010. State tax revenues also hit record levels in 2019 and increased by over 3% in March 2020. However, state tax revenues reported by individual states have been very weak over the last three months, with declines of 49%, 15%, and 5% for April through June, respectively, across half the states that reported revenue figures. Although revenue decline has been extreme—especially in April— the July 15 income tax collection for individuals and corporations is expected to help state revenues recover this month.


For the 2021 fiscal year—which started on July 1 for most states—Moody’s estimates that state revenue declines could total between $158 billion and $203 billion (18%–23% of state revenue), which would become the largest decline on record. To offset these revenue declines, state and local governments have already furloughed 1.5 million jobs since March, which is twice the number of the 2009 recession. Additionally, employment at the state and local sectors is the lowest it has been since 2001. To balance budgets in the 2021 fiscal year, five states have eliminated tax breaks, five have incorporated borrowing into their budgets, 13 anticipate drawing down reserves, and all but four have cut expenses.


Congress is negotiating another stimulus package—and it has Democrats pushing for close to $1 trillion on municipalities while the Republicans wish to spend no funding on state or local aid. If aid to state and local sectors isn’t part of the next fiscal package, then we can expect to see numerous midyear revisions to state budgets. This could trigger more deficit borrowing, reserve fund draws, and additional expense cuts.


Generally speaking, local government bonds hold up well when heading into a period of recession. The main source of revenue for this sector is property tax collection (it accounts for 80% on average), which is based on prior-year assessments. During the 2009 recession there wasn’t a reduction in local taxes until the third quarter of 2010—and it was only 3%. During the 2001 recession, there was no reduction in local tax revenues worth noting.


However, local general obligation issuers also receive significant revenue transfers from states—especially for school districts. If state revenues come in below budget in the 2021 fiscal year, states could cut aid to local municipalities after budgets get adjusted. This could result in financial stress at the local level.


Large cities are less reliant on property taxes and have much more volatile revenue streams than smaller local issuers, which means the likelihood of facing significantly larger budget gaps. The National League of Cities estimates that city revenue could decline by $117 billion in 2021, and the National Association of Counties estimates that county revenue could decline by $114 billion in 2021. On a positive note, local issuers have robust cash positions (the median cash balances for Moody’s-rated cities and counties is 40% of operating revenue).


A number of revenue bond sectors are expected to report weak results for the second quarter. Below is a snapshot of three sectors that may be harder hit than others.


COVID-19-related issues such as the postponement of elective procedures could be responsible for admission declines of 20%. However, most hospitals have robust liquidity, and the federal government provided significant aid to hospitals through the CARES Act.


Higher education institutions will likely have significantly fewer students on campus in the fall of 2020. This will negatively impact tuition and other ancillary revenues. While many smaller colleges could close or be downgraded, most of the sector is highly rated (90% of Moody’s higher education bond debt is rated AAA or AA).


The pandemic has created sharp declines in use for transportation bonds. According to S&P, airport foot traffic is down 74% compared to the prior year, and public transportation systems saw ridership declines of 90%. S&P also estimates that toll-road traffic could decline between 15% and 30% in 2020. While these declines will result in sharply lower cash flows, most transportation issuers have robust liquidity reserves that will provide a credit buffer until volumes return closer to traditional levels (Moody’s-rated airports average 600 days of cash, and toll roads average 914 days of cash).


Municipal credit isn’t immune to the impact of the economic downturn that stems from the COVID-19 pandemic. However, most municipal issuers are entering this downturn from a position of strength—and the issuers with strong balance sheets and proactive management teams should be resilient throughout this crisis. While we expect rating agency downgrades and municipal defaults to increase in 2020 and 2021, we continue to believe that the municipal default rates will remain significantly lower than in other asset classes—and that defaults will be concentrated in traditional high-yield sectors.

Find out how a rules-based multisector strategy can help fixed income investors access the highest after-tax yields in all market environments.

How can investors find value in the protection of the market discount rule?