Nonqualified Dividends: How They’re Taxed and When Not to Worry


With apologies to the Founding Fathers, we hold this truth to be self-evident:


So investors should do all they can to avoid paying tax on nonqualified dividends, right? As we’ll see, not necessarily. But before we get to that, let’s review what makes a dividend qualified or nonqualified.


First of all, to be considered qualified, dividends must come from an approved source, such as a public company’s stock. Real estate investment trusts (REITs) and master limited partnerships (MLPs) also pay out dividends, but in those cases a portion of the dividends is passed through as ordinary income and isn’t considered qualified. On the other hand, most dividends paid on American Depository Receipts (ADRs), which some investors use to access foreign securities as part of their international strategy, are considered qualified.


Second, qualified dividends must meet certain holding-period requirements. The investor must own the stock for more than 60 days during the 121-day period beginning 60 days before the ex-dividend date (that is, the cutoff date after which an investor who purchases shares in the stock isn’t entitled to collect a dividend payment for that dividend period). If the stock is held for less than 61 days, the investor must pay ordinary income tax rates on the dividends.


For example, let’s say an investor purchases 1,000 shares of XYZ on June 1. The ex-dividend date for XYZ is June 15. On July 15 the investor sells 400 shares of XYZ. The remaining shares are held for the rest of the year. Since the investor held only 600 shares for the required holding period, the dividends on the 400 shares sold in July would be considered nonqualified and taxed as ordinary income. The remaining 600 shares meet the holding requirements and are considered qualified—and hence taxed at the lower long-term capital gain rate.

But what about the nonqualified dividends paid on the 400 shares that were sold that will be taxed at ordinary income rates? Isn’t that a potentially large and bitter tax pill to swallow? Not necessarily, and for reasons that also have to do with tax—namely, loss harvesting.


Tax-managed separately managed accounts (SMAs), such as Parametric’s Custom CoreTM, have a dual mandate of tracking a benchmark on a pretax basis while also enhancing after-tax returns. They do this through harvesting losses, managing around positions with unrealized gains, and in some cases deferring the realization of capital gains.


Yet the number of cases in which accounts had nonqualified dividends—usually because the accounts were either newly started and funded in cash or had a large contribution followed by a large drop in the market, triggering an opportunity for loss harvesting—aren’t insignificant. And what we’ve found is that in these cases the tax value of the short-term realized losses far outweighs the taxes owed on the nonqualified dividends.


How so? Let’s look at another example. Assume an investor purchases $1,000 worth of stock and sells the stock at a $100 loss prior to the required 61-day holding period to be eligible for qualified dividend status. The tax benefit of selling the position is $40.80. Since the dividend is nonqualified, it’s taxed as ordinary income. As a result, the investor would pay just $0.85 more in taxes on the dividend, assuming maximum tax rates. As the below table makes it plain to see, the tax benefit of selling the position at a loss far outweighs the additional taxes paid on the dividends.


The bottom line
Dividends are taxed at different rates, and it’s important for investors to understand the tax ramifications of their dividend-paying securities. While nonqualified dividends may be a relative rarity in most tax-managed SMAs, in cases where securities aren’t held long enough to qualify for the lower capital gains tax rate, the benefit of the losses realized by selling the position outweighs the cost of paying a higher tax rate on the nonqualified dividend. 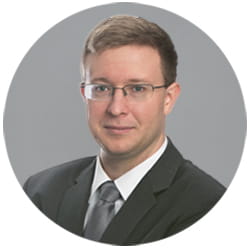 The US equity income market could be in for a wild ride in 2020. Learn how exposure diversification may help your portfolio weather the coming storm.

It’s hard to stay invested in tough times, but that’s what it takes to unlock the value of closed-end funds.

Despite Some Cuts and Suspensions, the End Times Haven’t Come for Dividends

Some dividend payers may be stressed, but index data tells us the impact isn’t fatal. We share where you might find it.

Looking Ahead: Setting a Pace for the Second Half of 2020

Market volatility is expected to continue through 2020—but what does it mean for investors? Find out how to gain clarity amid uncertainty.

Between the slowing pace of payout cuts and changes in index yields, how much do income investors really need to worry about the rest of 2020?

In the wake of Election Day 2020, how should investors think about preparing their portfolios?