Passive Voice: As Index Investing Grows, So Does Active Ownership

I was a newly minted proxy-voting analyst at the world’s largest passive investment manager when I read about the collapse of Enron. I was young and had fire in my belly. I wanted to do my part to help investors hold companies accountable for their misdeeds.


At the time only about 10% of the market was passive, but already some clairvoyant experts were predicting its rise. I wondered what that trend would mean. Would passive investors want to exert more or less influence on companies than their active peers? Would they even care about corporate governance?


Today, as I settle into my new role leading the Responsible Investing team at Parametric, I smile at my past naivete. I should have known: The bigger the share of the market that becomes passive, the more relevant and important active ownership becomes.

Why should passive investors care about active ownership?
Passive doesn’t mean indifferent. People often lose sight of the fact that while passive, or index, investors have made a choice to diversify and trust the market to reward them for their investments in the long run, they still want positive performance. And influencing corporate behavior for the better is a key way for them to achieve that.

Of course, being an effective active owner as a passive investor presents some obvious challenges. For one, there’s the breadth problem: Passive investors typically own thousands of companies. For another, there’s the depth problem: Passive investors by definition are buying the broad market and thus don’t need to analyze the specific companies they want to invest in. Without that analysis, why should they take a strong view of public companies’ strategies or management quality? 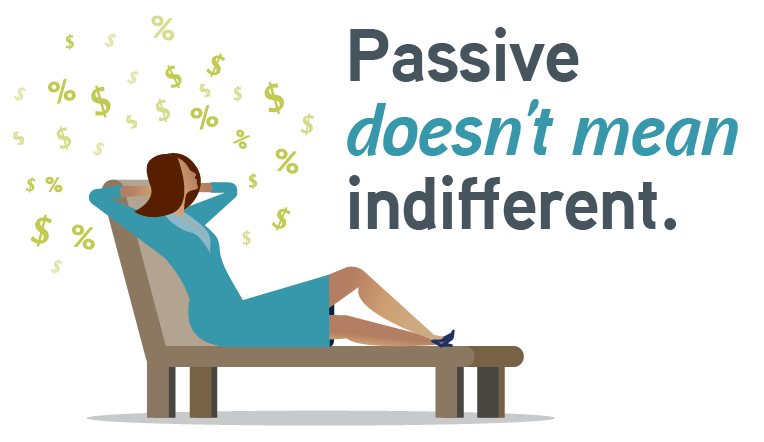 But what if that’s the wrong way to look at it? After all, if you’re an index investor, it’s not reasonable to try to influence every company you own—nor would you want to. To be effective, you must focus on one company at a time. Or one industry at a time. Or one topic at a time. In other words, you have to determine what you can do that will make the biggest impact on a target company’s performance.

For example, a few years ago the trustees of a large New York pension fund believed the best way to change companies for the better was to advocate for shareholders’ right to nominate board directors through proxy access. Through letter-writing campaigns and direct company engagements, the pension fund did its part in raising corporate governance standards at a large number of US companies. In fact, whereas only six US companies had proxy access when the project launched in 2014, today more than 580 companies have adopted it.


How passive investors determine and prioritize their chosen area of focus isn’t easy, but then neither is investing. By being selective about the topics they engage with, passive investors can solve both the breadth and the depth challenges. Indeed, a selective focus reduces the universe of companies investors are trying to influence while giving them enough time to become experts on the issue so they can in turn give companies informed guidance, which can lead to better long-term performance.

Why do companies need to listen to passive investors?


As Bloomberg reported on September 11, passive funds have, for the first time, surpassed active funds in assets, $4.27 trillion to $4.25 trillion. That means about half of the average US public company’s shareholders are passive investors. Why shouldn’t companies pay attention to passive investors, especially when they own half the company? And when it comes to matters on the proxy ballot, it shouldn’t even be optional for companies to try to better understand their shareholders’ perspectives.


Furthermore, passive investors are long-term owners who won’t simply go away. They’re unlikely to sell the stock—put another way, they’re permanent capital. In my experience passive investors are far from radical in their views, and they really do take their responsibilities seriously by focusing on the company’s long-term performance. Ignoring them might end up being more disruptive to management than hearing them out, especially if the company believes good ideas can come from anywhere.


Whether your chosen vehicle is an index fund or a custom direct indexing portfolio, active ownership is the only way to influence corporate behavior and thereby impact long-term performance. After all, you can’t influence what you don’t own.