The market conditions of 2020 and 2008 each provide guidance for investors looking to systematically harvest losses amid extreme volatility.

As investment managers, we can’t help looking to the past for guidance to inform our decisions. The market volatility in early 2020 sparked by the onset of COVID-19 has led many of us to look back more than 12 years—to the global financial crisis of 2008–2009 (GFC)—to determine the best course of action going forward. We’ve certainly experienced other market crises since the GFC—the Greece debt default of 2015, Brexit, and yield-curve inversion come to mind—but none compares to what we’ve experienced in the market this year or during the GFC. While the peak volatility levels associated with these two events were similar, they were two very different market crises that put systematic loss harvesting to the test. In volatile times like these, is it possible to capture the market return (up and down) and simultaneously harvest tax losses?


Let’s review the market thus far in 2020 and in 2008 to assess how tax-loss harvesting can help investors maximize their tax benefits—even in the worst market conditions.


Realized and implied volatility spiked in early 2020 and in 2008. Both markets saw brief yet strong spikes in the VIX® above 80 (four times the long-term average of 20). Volatility spiked during the GFC when Lehman Brothers declared bankruptcy in September 2008 and when the world sounded the alarm of a global pandemic earlier this year. Seeing as how periods of high market volatility create opportunities for tax-loss harvesting, Parametric’s tax-loss harvesting trading volumes in March 2020 were close to 10 times the average levels of 2019. Similarly, trading volumes peaked while we were able to harvest losses amid taking action to minimize tracking error in September 2008.


Despite both events triggering off-the-charts VIX levels, these market events were very different. First, the GFC was a much longer volatility crisis. The VIX remained at elevated levels for roughly a year during the GFC, but it went above and below 30 in a span of five months in 2020—approximately half the duration of the GFC. Second, the S&P 500®decline during the GFC was slow and steady—and it took 18 months to fall 50% before hitting bottom on March 9, 2009. The 2020 decline was less deep—but also much quicker. The S&P 500® rapidly fell -34% between February 19 and March 23. Third, the speed of recovery was different for each crisis. The S&P 500® hit a market bottom on March 9, 2009, and it took more than four years to surpass its previous historical high, which it did on March 28, 2013, at a level of 1569. The crisis in 2020 has seen more of a sharp V-shaped market recovery—with only 126 trading days separating the February 19 peak and its full recovery on August 18.

How does systematic loss harvesting work in a crisis?


Despite the different shapes of these crises, the basic components were the same. They included the initial market decline, a period of high volatility, and an eventual market recovery. Monitoring the portfolio and systematically harvesting losses as they appear during the initial decline is important because you never know when the market will hit bottom. During Q4 of 2008 and Q1 of 2009, tax-loss harvesting targets were rich. There were similar periods of tax-loss-rich environments during Q1 and Q2 of 2020.


Constantly monitoring the portfolios for risk and tax losses becomes more important due to the high levels of market volatility during the crises. Systematic loss harvesting also allows for remaining fully invested at all times to participate in all aspects of the market recovery. For example, investors who carefully harvested losses and remained fully invested earned the 15.9% S&P 500® return in Q2 of 2009 and the 20.5% return in Q2 of 2020.

The benefits of systematic tax-loss harvesting

What are the risks of tax-loss harvesting during a crisis?


Tax-managed passive investing can be challenging in volatile markets. Volatility brings more opportunity for tax-loss harvesting, but it also elevates the risk of incorrectly tracking a benchmark. To balance this risk, it’s important to carefully monitor relative risk tolerances and make adjustments when tracking risk becomes too high. Finally, investors should avoid wash sales when trading accounts and carefully monitor cash levels to ensure that portfolios are positioned to fully capture the market return.


Perhaps the worst of the 2020 crisis is over. On the other hand, we may see additional rounds of market volatility and weakness. While we don’t know what the future holds for volatility, we can say that the process of systematic loss harvesting has proven itself successful in the most recent volatility episode—in addition to the longer elevated volatility period we experienced during the GFC.


While the GFC and the 2020 crisis were comparable in terms of volatility spikes, they were certainly different markets in terms of duration, speed of decline, and speed of recovery. Despite these differences, a systematic approach to tax-loss harvesting was effective in both markets. Capturing losses as they appear in the portfolio, remaining fully invested at all times, and carefully managing risk factors has helped investors maximize their tax benefits on the way down while fully participating in the market recovery on the way back up. 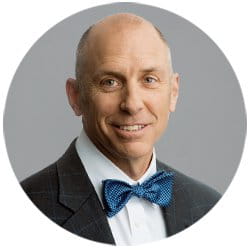