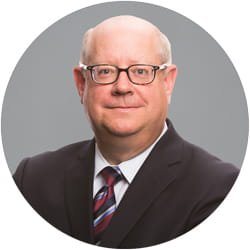 
“We’re at war,” President Trump declared at a March 22 press briefing, framing COVID-19 as a foreign enemy and himself as a wartime president defending the nation against an invasion.

To bolster his war effort and the pandemic’s impact on the economy, the Trump administration sponsored unprecedented stimulus programs worth $2 trillion, with more relief promised.


How does the government fund such programs? The Treasury sells US government bonds, and the Federal Reserve buys various forms of debt—in this case Treasuries, mortgage-backed securities, municipal and corporate bonds, and more—to support their value as many investors flee to the presumed safety of the government debt.


With this stimulus, the national debt rises by about 9%, to about $25 trillion, a figure we’ve promised to pay off someday. Of course, we must also pay interest on the borrowed $2 trillion, so the total cost of borrowing will go up over time. On the other hand, with rates at historic lows, it’s arguably not a bad time to add debt.


But this isn’t a discussion about the relative merits of deficit spending. The point is that at some point we’ll need to pay down all this debt. Nations do this by raising taxes, cutting spending, or both. However, even in the best of times in the US there’s been little support for cutting spending to pay off debt. And especially now, given the pandemic’s mass effect on the economy and people’s livelihoods, there’s scant political appetite for large spending rollbacks.


But that someday will come someday. And the government will have to determine how to pay back all the stimulus spending we’re seeing during the pandemic. Some estimate that we may be able to do so by raising taxes and reversing the 2017 corporate tax cut. And if we’re indeed at war, what other steps might a “wartime” President Trump or Biden take? What does history tell us about wartime taxes?;


Will tax rates rise after the pandemic?


As the Tax Policy Center notes, during the Second World War the top individual tax rate rose to 94% and didn't fall below 91% until 1964. The center goes on to note that, at the time, “Congress converted the income tax from a ‘class’ tax that applied mostly to those with high incomes to a ‘mass tax’ that most Americans paid, enabled by a system of wage withholding developed by the Treasury Department.” You can clearly see the difference in tax rates during and after the war in the chart below.


Top marginal rate for US taxpayers

Post-pandemic taxes should differ from those enacted during World War II. Instead of just raising the top individual rate to a stratospheric level, other approaches, such as a more moderate increase in the top individual income tax rate, higher rates on long-term capital gains and dividends, and even taxes on unrealized capital gains, will likely be considered. Many of these provisions are already part of former vice president and presumptive presidential nominee Joe Biden’s tax plan, including:

It’s worth noting that these were crafted before the coronavirus pandemic and seem likely to be revised to seek an even larger contribution from the wealthy.


For his part, President Trump may find it difficult in the long run to resist pressure from the deficit hawks in his party to pay down the debt, forcing him to pursue revenue-raising measures. And, of course, down-ticket races will play a pivotal role in which agenda moves forward.


Thinking about tax increases as we experience the dual effects of a health crisis and an economic calamity seems odd. But thanks to social distancing practices, shelter-in-place orders, and the promise of a vaccine, the epidemic eventually will abate. And, as the end of World War II led to an economic boom, maybe the end of the epidemic will lead to a rapid rebound in the economy.


Whichever “wartime” president we end up with, higher taxes of one kind or another would appear to be on the horizon. What are the implications for taxable investors? And which tax-management techniques make sense in light of potential tax increases?

Tax-loss harvesting could be become even more important


Taxable investors are becoming increasingly familiar with risk-managed trading to realize tax losses. Through tax-loss harvesting, investors can use losses in their portfolio to offset any realized capital gains in a tax year, reducing the tax paid by the investor. Most advisors and investors focus on these immediate and concrete dollar savings—for example, by making opportunistic loss-harvesting trades during market corrections.


Systematic loss harvesting will be even more attractive with higher capital gains tax rates. Here’s why: If, for example, long-term capital gains are taxed at the Biden-proposed maximum rate of 39.6% versus the current 20%, the value of a gain-sheltering loss-harvesting trade is nearly doubled. Additionally, if loss carryforwards continue to have no expiration date and can be carried forward indefinitely, excess losses from this year’s volatile markets could be used in future years to shelter gains that might be taxed at higher rates. And while it might now seem that investors have more realized losses then they could ever use, the lessons from the 2008 global financial crisis and its recovery show how quickly those losses were used in the rebound.


This also has implications for the after-tax returns of active managers. The annual pretax growth required to offset active fees and taxes will be greater due to the higher rates.


Investors can derive significant value from deferring the realization of gains and hence the payment of the attendant taxes. The longer the tax dollars stay in one’s portfolio and the better the portfolio performs, the larger the benefit. The inheritance process offers a good example.


Under current law, for assets received by inheritance, a step-up is applied to the cost basis of the property transferred at death. The new cost basis then becomes the market value of the asset and thus minimizes the capital gains tax should the recipient sell the asset. However, for appreciated portfolios, the potential loss of the step-up poses challenges if minimizing gains on heirs is important and if there’s no preferential long-term capital gain rate (versus short-term capital gains).


In this situation, in contrast to a focus on tax-loss harvesting, the goal of active tax management would be to avoid the realization of net capital gains while carefully managing the relative risk of the portfolio. With the restated goal, the same risk-management and optimization tools facilitating systematic loss harvesting can be seamlessly reoriented for a wide range of tasks. Highly appreciated or not, portfolios provide investors with many things: cash flow, honoring responsible investing values, and charitable or family giving. These can still be achieved tax efficiently by the thoughtful balancing of relative risk and tax.


Appreciated portfolios facing a rising tax rate environment could benefit from taking unrealized gains in installments. If one anticipates higher tax rates, paying taxes on current appreciation (some or all) at today’s lower rates subjects only future appreciation to taxation at higher rates.


In many ways we’re indeed at war with this virus. We live under public health measures, and we watch as the markets contort daily to the latest medical and economic news. Few things feel like they’re under our control. The coming elections and speculation on how the candidates plan to manage the economy and the nation’s balance sheet add to this unease.


So what should investors and their advisors do? Control what they can control. The choices we make now around investment taxes, while they may be strange to contemplate during a pandemic, could have significant implications for years to come.


With additional contributions from Alex Paulsen, director of research.