Celebrating a History of Innovation

Parametric and Seattle’s Museum of History & Industry (MOHAI) team up to present an exhibition that highlights the long tradition of innovation in the region the firm calls home. We invite you to tour it in this virtual gallery.

Focusing on themes that range from adventure to industry, from enduring cultures to leading-edge technology, Portfolio reflects the spirit of a region in which the past has always served as prologue to the future. Together with MOHAI, we’ve selected some of the most significant images and artifacts from the museum’s collection to share with you.

MOHAI collects and preserves artifacts and stories of the Puget Sound region’s diverse history. Through exhibits, scholarship, education, public programs, and community engagement, MOHAI bridges the past, present, and future.


Parametric’s global reach and its commitment to creative solutions reflect a centuries-long Northwest tradition of reaching across borders and beyond boundaries. Home for millennia to the Coast Salish people, whose wide-ranging trade networks deeply influenced those who came later, the Puget Sound region has welcomed generations of risk-takers and trendsetters, from the first European explorers who arrived in the 16th century through successive waves of newcomers from across America, Europe, and Asia.

Through the centuries, the spirit of adventure never faded, and this “last frontier” continues to inspire innovators and entrepreneurs who, like Parametric, embody the ethic of discovery that has become an essential hallmark of life in the Northwest.


Seattle’s economy began in its forests, building wealth from its most abundant natural resource. When the first American settlers arrived in the Northwest in the mid-19th century, the region quickly became the nation’s timber empire, logging vast stands of ancient cedars, spruce, and Douglas fir trees. By the turn of the 20th century, Seattle boasted the world’s largest lumber mills, turning out hundreds of millions of board feet of milled lumber each year.

That economic base soon leveraged high-value manufacturing and a diverse economy, launching shipbuilding and airplane manufacturing, selling across the globe, and in time moving to the forefront of global trade in the digital age.


Seattle is a city built on water—and the sea has been an enduring source of sustenance, commerce, and global trade. Seattle’s maritime traditions extend back thousands of years to Native canoes and dugouts, but the modern marine industry took off in the late 19th century when Seattle boatbuilders constructed some of the world’s largest vessels, the Seattle-based fishing fleet plied the international waters of the Pacific north to Alaska, and Seattle products reached ports around the world.

Like Seattle’s maritime culture, Parametric believes in building on tradition but not being bound by it.


Parametric’s focus on the future is emblematic of the region’s relentless commitment to innovation. For nearly two centuries, the Puget Sound region has been a fertile ground for engineers and builders, entrepreneurs and inventors, who have reshaped the landscape, redesigned the city, and reinvented the future.

The infrastructure of each age reflects that bold approach: In the 19th century, a mighty rail network brought trade across the continent, connecting the eastern United States to the booming ports of the Puget Sound and the Pacific Rim beyond. By the 20th century, massive engineering projects transformed Seattle into a business powerhouse and an increasing hub for world trade. Now the infrastructure, and the future, is in the cloud and in global businesses like Parametric. 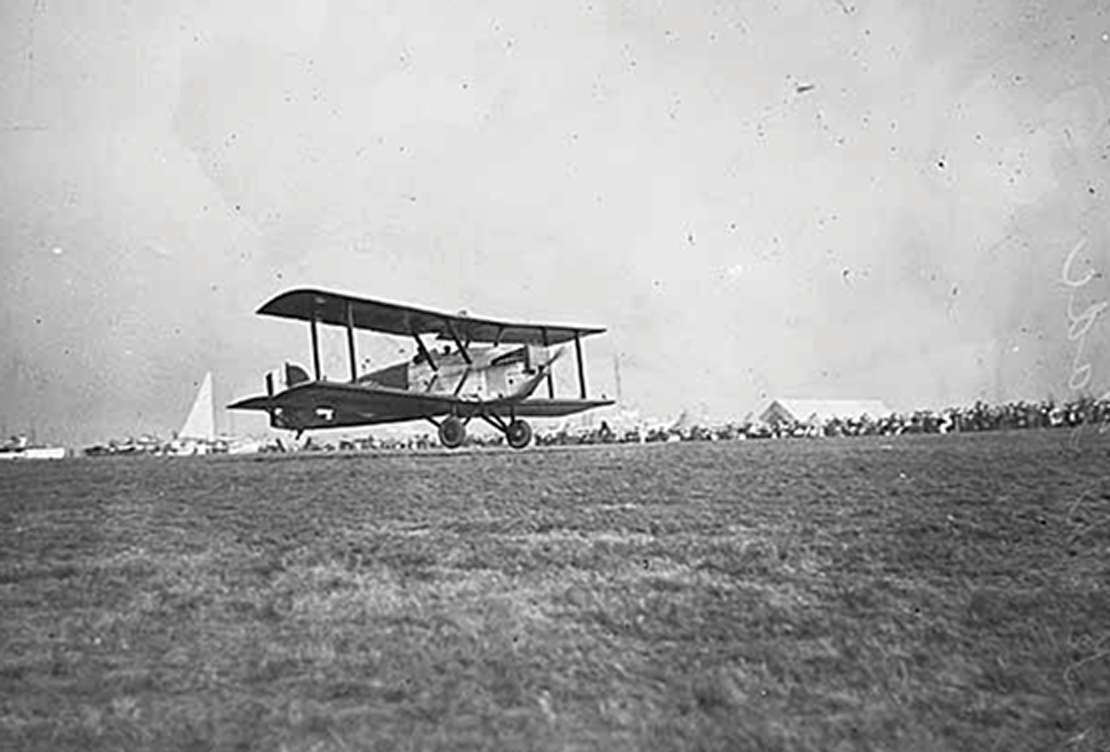 
On April 6, 1924, eight US Army pilots and mechanics in four airplanes took flight from Seattle, destined to complete the first circumnavigation of the globe by air. They returned 175 days later, on September 28, after making 74 stops and covering 27,550 miles. The airplanes were named for great American cities: Seattle, Chicago, Boston, and New Orleans. They flew over the Pacific, Indian, and Atlantic Oceans, encountering climatic extremes from arctic to tropical. This pioneering act of innovation and endurance made world history—and was a major step in creating the connected world we live in today.


This two-bladed wood propellor with copper ends was built for the circumnavigation flight. Other components were placed on standby at points along the route to replace worn-out parts on the six-month adventure. The propellor is a rare reflection of one of the greatest journeys of the 20th century.