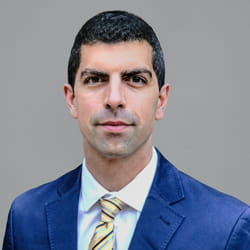 
Taxable investors could face old and new challenges from President Joe Biden’s White House. But a sharply divided Congress may stand in the administration’s way.


At the end of Q1 2022, the Biden administration published its initial 2023 budget, which indicates its preference for a belt-and-suspenders approach—“an attitude of wanting several layers of safety procedures in place for minimizing risk,” according to Investopedia—to fiscal policy. The spending side focuses on economic recovery from COVID-19 and future pandemic preparedness. The revenue side, on the other hand, centers on both new and familiar tax code changes for high-net-worth (HNW) and ultra-high-net-worth (UHNW) individuals:

The first and second of these proposals comes as no surprise. We saw nearly identical versions in the administration’s initial 2022 budget and the 2021 Green Book, which offers further detail into proposed tax changes. Those changes have stalled in Congress and seemingly disappeared from serious policy discussions, but they could return to the fore.

The other, newer proposals are receiving more attention from tax policy experts. The step-up elimination in basis isn’t a new concept; in fact, as part of the Economic Growth and Tax Relief Reconciliation Act (EGTRRA) of 2001, it became law for the calendar year 2010. The policy lasted less than a year, with Congress retroactively restoring the step-up in basis for the 2010 tax year. However, the version proposed last year faced significant opposition, particularly from small business groups and family farmers. This year’s proposal appears aimed at addressing these concerns by raising the donor-exclusion exemption from $2 million to $10 million for married filers and from $1 million to $5 million for single filers. But continued pushback on the proposal is nearly guaranteed and may raise these exemptions further still.


The willingness to revise the original step-up elimination proposal may relate to its impact on the administration’s proposed minimum income tax, which has been called the “billionaire tax” despite its $100 million threshold. The minimum would effectively act as a prepayment for later asset taxes in the event of sale or death—assuming that the step-up in basis has also been eliminated. The tax would require impacted households to pay 20% of their current unrealized gains in taxes, followed by 20% of any appreciation on assets within future years. No tax liability would accrue if assets remained flat. Depreciating assets would earn taxpayers a credit toward future appreciation, and the amount paid on assets would be credited at death or sale and offset any tax liabilities at that time. The proposal presents high administrative hurdles for the IRS, plus potentially high legal hurdles, since taxpayers may view them as direct wealth taxes that would have a high probability of legal challenge.


If the administration’s goal is to tax HNW investors’ unrealized gains, the most feasible route may be to do so at death and remove the step-up mechanism. However, as we witnessed during last year’s congressional proceedings, these proposals are more than likely to face stiff challenges—not just from opposition Republicans but also from select conservative Democrats whose support can make or break a bill. As this year’s midterm election cycle approaches, it’s hard to anticipate this Congress adopting changes that would significantly impact taxable investors. But there will be a new Congress after the November 8 vote, and the administration’s probability of success may shift one way or the other. 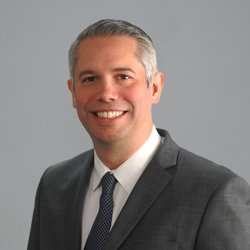 A divided Congress makes major changes to tax legislation unlikely, but there’s still plenty for taxable investors to keep their eye on in 2023.

Three Wise Ways to Give Charitably

‘Tis the season to consider the ins and outs of charitable gifting. 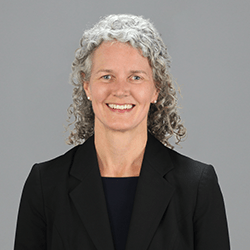 Four Questions to Ask When Choosing an SMA Provider

As interest in direct indexing grows, investors should take care to find the right partners.

Active tax management is a year-round, multifaceted effort. Discover four of the best ways to create tax savings for your clients.